Curtis is counting on your support - Green Banana Marketing

Curtis is counting on your support 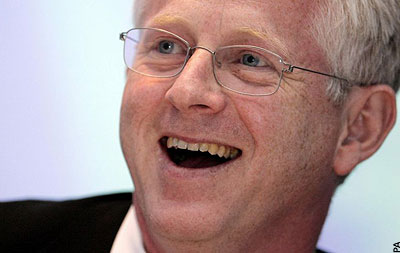 Richard Curtis can persuade anyone to do anything, particularly when it comes to doing good.   A life defining moment for him was setting up and running Comic Relief as a young man.

He sees the world through the prism of doing good – which is refreshing. Particularly in our times where cut backs are made, corners are cut and the squeeze usually hits the people at the bottom of the tree, most likely workers in the developing world.

He asked us all to do things that make a difference to others within our work.  He appealed for people to see their roles as bigger than the day job – to have a vision that connects with part of the world. Like Unilever and Sainsbury’s doing their bit, he showed ASOS’s and newer brands of today how they could show more responsibility.

What advice can we take from Richard Curtis:

– You have to have the confidence in what you are doing

– As a creative, achieving one good thing in day is a triumph (but you have to have the ability to self edit)

– The thing that amuses you will probably work

– Pick the right people – the wrong people can lead to angst

– Empower others do to creative things

– There is a rare exceptions to David Ogilvy’s “where people aren’t having any fun, they seldom produce good work” with Black Adder, which was apparently ghastly to work on and Mr Bean, which was awful to work on too.

– Mine data audience insights but leave room for big instinct, which you can not ignore

– And if something is meaningful, it probably means it matters.