My Charlie Experience: imprinted for a lifetime 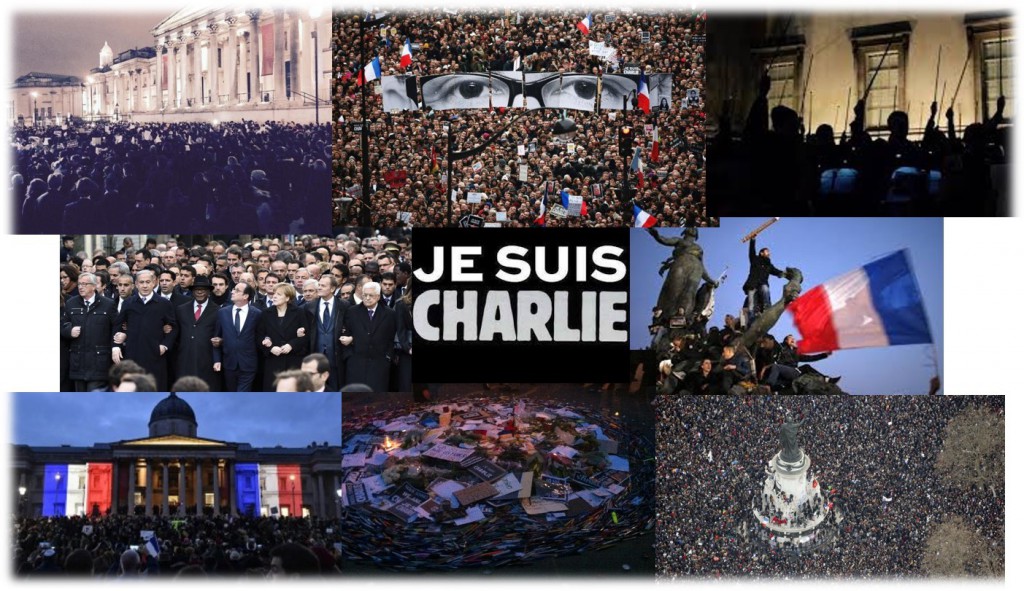 This is about you and me

It’s rare for Green Banana Marketing employees to speak about themselves but we all have some things that we are proud of. Today it is my turn. Julie Heyraud, Account exec. for almost 2 years and French! At Green Banana Marketing I have learnt many things about charities and become aware of all the world’s atrocities through our clients’ work. I’m proud to be part of these projects, to create a ‘better world’. 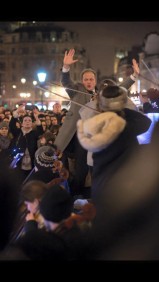 As you would expect at GBM, we believe everyone should be able to express their own opinions as long as they do not harm others. We are free to talk about politics, religion, cooking!  We like to question, to communicate and discuss green and fair issues.

Last month on the 7th of January, a terrible event touched my country, France, and attacked one of the most important values of our democracy. Twelve people working for Charlie Hebdo, a French satirical magazine, were killed in Paris at their offices. Twelve people like you and I with different religions, beliefs, lives, problems… You may not have heard of the magazine Charlie before, but for context, this publication has always been criticised for its controversial caricatures, which sometimes seems offensive to some. The magazine’s motivation was to be free to publish what they wanted. And this is what they did, which often resulted in death
threats.
Worried about the threat to freedom of speech we have defended for so long, two of my friends and I went straight into the organisation of an unexpected major peaceful demonstration, London’s ‘Je suis Charlie’. On the 7th January more than 1,000 people gathered within three hours in Trafalgar Square, on the 8th we organised a concert which was meant to unite eight musicians but ended up with 150 of the finest classical UK musicians, again, at the same place. On Sunday 11th more than 4,000 people came to Trafalgar Square and on our social page, we gained many photos and comments and Messieurs Nick Clegg and Boris Johnson visited Trafalgar Square as well as Madame Bernman, the French ambassador in the UK.

What does Charlie Hebdo represent?

I would not go so far. French society has always been recognised, hated and loved for its freedom of speech. This part of any democracy’s foundation has been threatened last month. Charlie Hebdo and its team always worked hard to protect it. Terrorists, who act like this, thankfully are very rare.

The only thing we know is that Charlie decided to publish their ideas, continuing the tradition of joking at everything. Despite that freedom, only 60,000 newspapers were published each week and there were rumours saying that the company was facing financial difficulties.

A very small readership to be any real threat to whoever organised this attack. Clearly, this attack was planned to deliver some kind of message.

Did it work? It only works if you allow it to work. 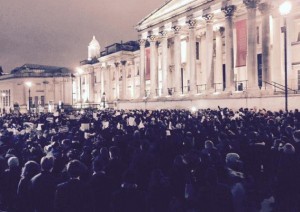 I had to do something to protect freedom of speech!

Marketing for charities is always fascinating but as we have seen in the past with the Ice bucket challenge, The Teenage Cancer Trust and Stephen Sutton, supporters campaigning on behalf of causes is always more effective; ‘people power’. Driven by passion, personal experience, they are able to move mountains (and be very convincing).

I recognised their feelings when I was in this situation. Those who believe in something want to defend it.

Driven by this passion and the preservation of freedom of speech, I rushed into organising these events.

Organising an event, is to deal with all the unexpected elements. But luckily these ones were very peaceful, uniting people with the same values.

What will happen in the future? 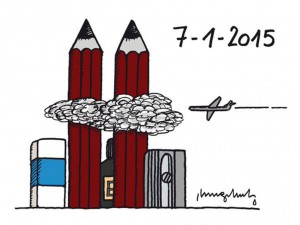 Professionally, I can confirm the theory, demonstrating the power of supporters and the power of a nation defending their beliefs and values. All actions were in response to 7th of January, they were not only condemning the death of twelve or more people but were defending something much more important, – human rights. Defending, protecting and spreading these values of democracy, people also wish to save others like in Nigeria for example.

Some positives learning have come to me in terms of communication. It was a really good unplanned experience. The power of supporters, the use of social channels like Facebook, the power of online word-of-mouth and the credibility of some personalities, reinforcing your communication (like an embassy).

This experience has shown me that people still value some things; they are still touched and are ready to stand up for what they believe. Here’s a little secret for you, the reader: I am even more convinced about and proud to work with and for charities and charitable causes.

As the Article 19 of the Human Rights declaration states that “Everyone has the right to freedom of opinion and expression; this right includes freedom to hold opinions without interference and to seek, receive and impart information and ideas through any media and regardless of frontiers.”

As you are. And that is the biggest point.