Charity influence with social media and our next Shortcuts event

Social media is perfect for the needs of charities and not-for-profit organisations. Facebook and Twitter have over 1.4 billion members – it’s a cheap, targeted, and an engaging way to reach and influence our audiences instantly.

We’re obsessed by online – apparently the UK spends more than any other country online (so we heard at Media Trust’s GoMobile Conference last week). And mobile is the next big thing. But how do you harness this to influence people and generate real change?  We’ve been looking at how the best charity campaigns do just this.

80% of charities are actively using social media as part of their campaigns. There has also been a doubling of supporters on key UK charities social media channels in the past year alone.

We have listed some of the best uses of social media in the charity / environmental sector:

Fairtrade – battle for the farmers

Why it’s on the list
The campaign signed-up just under 10,000 people as a result of a brilliant, shareable campaign video and protest idea backed by some solid celebrity faces (Jonathan Ross included). The petition will be sent to David Cameron on World Fair Trade Day in May before the G8 meeting the following month. 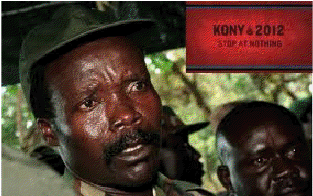 The KONY 2012 campaign started as an experiment. Could an online video make an obscure war criminal famous? And if he were famous, would the world work together to stop him? Or would it let him remain at large?

Why it’s on the list
The fastest growing viral video of all time, with 100 million YouTube views in 6 days, 3.7 million people pledging their support raising over $12 million and becoming the “most liked” non-profit on Facebook with 3.1 million likes. KONY was the #9 most searched person on Google this year.

Why it’s on the list
Avaaz has grown to more than 10 million members worldwide.

It provides an online, low-cost process in which people all over the world can sign-up to try and make a difference – right injustices, save people’s lives, campaign for fairness – anything. 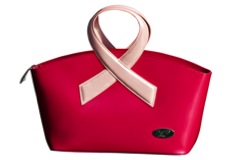 Mysterious updates such as, ‘I Like It On’ followed by ‘the floor’, ‘the bed’, etc., started appearing on females’ Facebook social profiles.  Women were actually talking about where they like to leave their handbags and this created curiosity and interest to find out about Breast Cancer Awareness UK.

Movember – the famous yearly campaign started back in 2003 from humble beginnings in Melbourne, Australia. Since then it has skyrocketed and throughout the month of November – you would struggle not to see any supporters rocking the facial hair.

Why it’s on the list
Last year, through Movember, Prostate Cancer UK (the main UK beneficiary of the campaign) managed to raise an amazing £26 Million.

Social media is a way for brands to interact with many people in a targeted away – often with instant results. As these examples have show, if the content is brilliant and intriguing, you have a good chance of people sharing it.  A focused campaign, with brave responsive creative, will stand any charity in good stead.

We will be discussing 3 of these case studies in our next event as our successful Shortcuts seminar series continues on 3 May.

For more information, or to book your place – View event invite now!