As the first chilly month of 2013 draws to a close, we wanted to present our list of what we consider to be the best standout marketing from charities in 2012. We have selected six campaigns, which we think are bold and different in what has been a challenging year. Brave souls out there are doing the best for their charity brands and we applaud you all.

1. Save The Arctic
Save the Arctic, headed by Greenpeace, is a campaign to save the Arctic from industrial fishing and offshore drilling for oil. The campaign film, Vicious Circle  is narrated by John Hurt and has driven an impressive 2.4 million people to sign the petition, to have the Arctic region declared a sanctuary by the United Nations.

2. Plan UK recognition
Plan UK’s Because I am a Girl campaign which highlights the plight of the world’s poorest girls, used an interactive ad on a bus stop in Oxford Street. The advert used facial recognition so men and boys were denied the choice to view the full content, to highlight the fact that women and girls across the world are denied choices and opportunities on a daily basis. 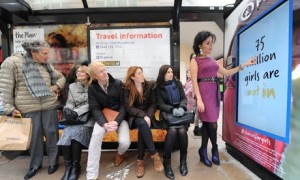 3. St John Ambulance Helpless
A TV ad which had minimal media spend went viral, showing a young man surviving cancer, only to choke on some food whilst eating at a mate’s BBQ. Highlighting that up to 140,000 people die each year from choking – that’s as many as die from cancer.  As a direct result of the ad, thirty thousand downloaded the free First Aid app. 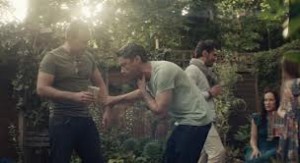 4. Compassion in World Farming Front Page
A large proportion of French farmers were expected not to meet the sow stall ban deadline, meaning thousands of sows would continue suffering illegally in sow stalls. CIWF tailored the ‘front page’ of a newspaper for supporters to complete and send to the French Ambassador. 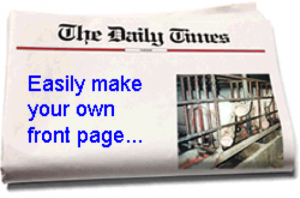 5. Charity: water
Charity: water started three years ago with one man in the States giving up his birthday, spending it instead building wells in Africa. Since then the charity has grown using clever and arresting images, word of mouth, advertising, interesting events and exhibitions and social media. Their fundraising efforts involving celebrities such as Will Smith have been second to none. 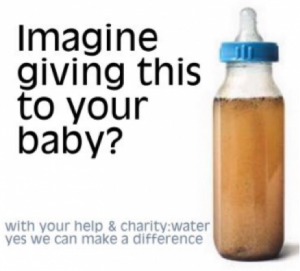 6. Oxfam Africa
I love the fact that these print ads hit the press at the same time as Sir David Attenborough’s landmark series Africa.  A positive repositioning of how we see Africa as a country of bounty and great natural riches.

These are just some of things that inspired us from last year.  We will be using a selection of these case studies in our first ‘Shortcuts’ seminar series on Friday 1st March 2013. ‘Shorcuts’ is our free seminar series aimed at inspiring marketing managers to deliver even greater marketing in 2013.