Send all our leaders on the London Marathon

Send all our leaders on the London Marathon 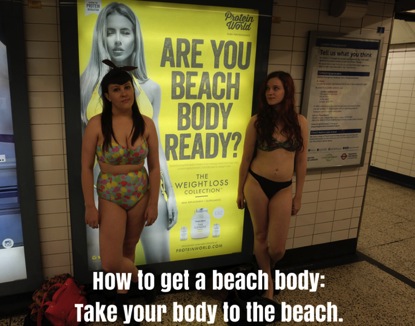 What’s not to like about the London Marathon? It’s welcoming – whether you are one of the 750,000 spectators, watching it on TV or more importantly one of the 38,000 people taking part. It’s pure joy, celebration and carnival– preceded by pain and I guess sometimes despair. What makes the London Marathon brand so special is the following:

We were also all swept up by 2012 London Olympics and the amazing Gamemakers who really made their mark. Now contrast that with the lead up to the general election – the biggest event we were not really invited to be part of – in the weeks leading up to 7th May.   We’ve not been involved in a conversation with the general election. The environment, sport and health have been little discussed. The Green party lost out, by playing down discussions about green issues, to demonstrate a broader understanding of other policy areas.

There has been very little discussion about sport, health and well being; tackling obesity and getting people back into sports. I applaud the This Girl Can campaign and what Dove has tried to do by normalising every day body shapes. But all this seems to have been given the two fingers by the most pointless and shallow ad of our time; an ad for a weight loss drink and beach perfect bodies.

Thank goodness for two bloggers Tara Costello and Fiona Longmuir, pictured, who posed next to the ad, rightly saying they are beach ready.

I want an election a bit like the London Marathon, where;