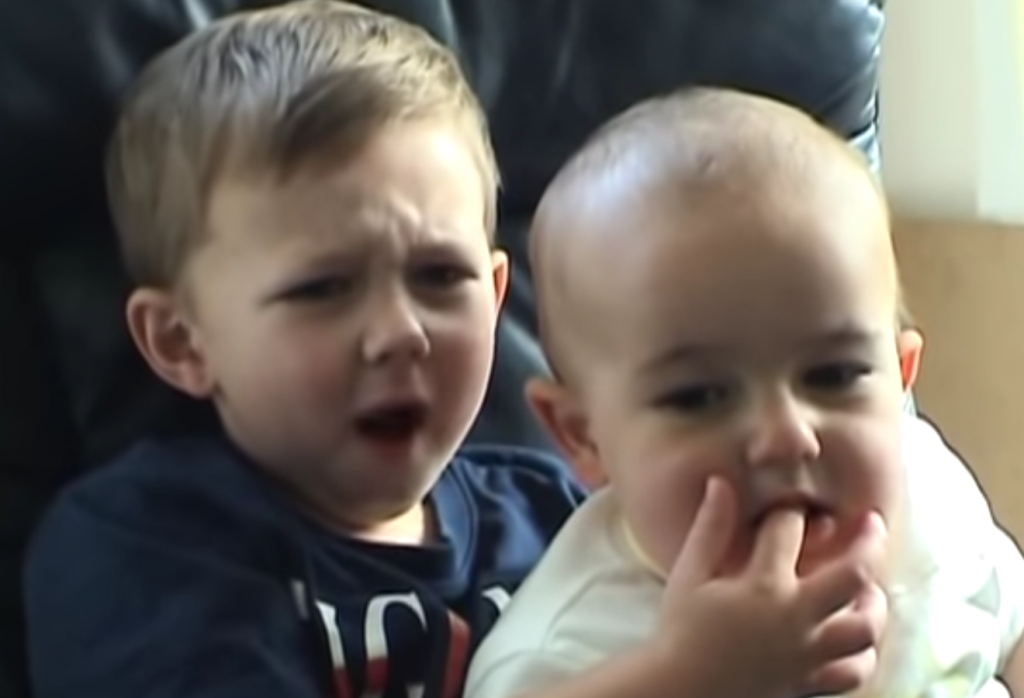 What makes the good, the bad and the ugly in the viral film world – seemingly all of these attributes can bring you great success. We set out here how you could increase the success factor with your own viral creative – starting with a quick memory jolt of some of the landmark viral films that pushed the boundaries and expectations.


Remember the ALS Ice Bucket Challenge back in 2014? Or ‘Fenton Jesus Christ’ in Richmond Park, viewed a staggering 21 million times, the chuckle of the passer by recording is still very funny… And then there’s ‘Charlie Bit My Finger – again’ (viewed 870 million times). The ‘Charlie’ film helped launch Viral Spiral, founded by Damian Collier, who tracked down Charlie’s mum and dad – who admit to earning in excess of £100,000s from the video. So Charlie is still laughing (and hopefully not biting). And we all remember the Cadbury’s Gorilla drumming to Phil Collins’ I can feel it coming in the night, viewed just under a yummy 10 million.

The history of viral is as mesmerising and meandering as the journey to going viral. In 1995 two men made a short film, it took ten years later to launch with YouTube in 2005. Now 48 hours of video are uploaded to YouTube every minute and for big brands, it is big business. Brands are constantly trying to embrace trends; music and any feel good factor that often comes with the phenomena of the ‘viral video’. The video of South Korean based Gangnam Style in 2012 is the most watched viral film of all time – viewed an eye popping one billion times in 5 months (and how many phone ring downloads and horsey dancing copycats..?).  Who doesn’t love PSY’s energy… which contrasts nicely to Adele’s 2015 Hello, viewed to date 2.5 million times and of course the Bond film music for Skyfall. It feels familiar and why does rain work so well for sad..?

We set out to define what we mean by viral, looking at the very best (and worst) examples, to help define what the formula for success is and whether they are any use (for purpose based agendas or for sales?).

Companies use viral videos as a type of marketing strategy. The Dove Campaign for Real Beauty is considered to have been one of the first viral marketing strategies to hit the world when Dove released their Evolution video in 2006; “you’re more beautiful than you think”, spreading across social media, especially Facebook and Twitter. And of course this trend has spawned a host of awards such as the Viral Video Awards in Berlin, which began in 2008 who only accept films made for internet consumption and for viral distribution (without any media backing). And there’s our first moot point, as many household brands use seed money to get their viral films going. But as Dolce & Gabbana found out in late 2018 going global isn’t always straightforward, with their viral placed on various Chinese social media sites. It depicted a woman in a luxurious D&G dress attempting to eat a pizza with chopsticks with an announcement that apparently mocked Chinese speech. Although D&G removed the ads from social media within 24 hours, the damage was done with calls of racism.

Jonah Berger, professor at The Wharton School, University of Pennsylvania, and the author of Invisible Influence says of viral films; “Unfortunately there is no hard and fast definition.  Further people often use viral to mean highly shared, but what it really often means is popular. A video can get a million views because a brand paid to have it placed on various sites.  That’s why I talk about how contagious something is, or how likely it is to be shared given exposure.” Goldberg also makes an important point – many so-called viral sensations are far from organic. They are “seeded” with millions of emails and paid support such as digital ads. And don’t forget the dark side of social media influence – likes, views and followers can be purchased”.

Salt Bae became famous in 2017 with his now infamous flick of salt from the elbow, the video posting on Instagram gained 16 million views. Turkish chef Nusret Gökçe, aka Salt Bae’s video shows Nusret throwing salt flamboyantly on pieces of meat, gaining 8,700 comments. But also, Nusret has become so popular, his restaurants are booming worldwide, including his latest venture in London. Not bad from one simple meme.

The 2013 Viral Video Award winner was ‘Follow the Frog’, ushering in purpose based communication. It’s a great and amusing story about the lengths an everyday guy is willing to go to make a difference, he could have more easily made a difference by following the frog – the Rainforest Alliance certification for food products, attracting 1,650 comments and a tasty 5.6 million views.


The ALS Ice Bucket Challenge in the US went viral and inspired people in over 150 other countries to help do something good in 2014. It really took off when Justin Timberlake and Justin Bieber took part, in support of slowing the horrible disease – known as Motor Neurone Disease here.  Even Trump had a go, proving his hair was real and nominating President Obama and two of his sons to the cold water bucket challenge.

The Ice Bucket concept was to video yourself pouring an ice bucket of water over yourself and tagging three friends on social media, who had to respond within 24 hours in the same way and to donate to the ALS charity. Whether it’s ‘slacktivisim’ or encouraging ‘clicktivists’ – which is about looking like you are helping for free – this viral trend had 2.4 million videos posted within months.  With 17 million ice bucket challenges viewed 440 million times, it helped raise $220m worldwide, creating much joy for something that is no joy at all, in the disease.

MNDA, the Motor Neurone Disease Association (the charity most strongly associated with ALS in the UK), has raised £7m from ice bucket donations, a sum worthy of a half seconds soaking on a warm summer’s day.

But in the context of other previous charity challenges, did ‘IBC’ actually deliver? The ‘no makeup selfie’ for CRUK raised over £8m in just 6 days and ‘Movember 2013’ raised a whopping £20.4m in just one month. All of these suggesting that although the ‘IBC’ could have raised significantly more in four months of intensive activity with an estimated 20 million people taking part, viral films are a great route to success for good causes.

More recently in 2018, Iceland’s ‘Say hello to Rang-tan film’ was a great partnership and a timely focus on the issue of palm oil. Using Greenpeace’s film narrated by Emma Thompson, this was the surprise most watched Christmas ad ever online with 6 million views and 6,500 comments. The ad was banned for broadcast for being too political, which helped drive interest in the issue of deforestation and the effects on habitats and wildlife in the production of palm oil. There was even a consumer petition to get the ad ‘unbanned’.  To Iceland’s credit they have since decided to remove palm oil from all their products.

Of course viral marketing is inherently unpredictable. Nothing guarantees success more than “going viral” (and even more difficult is to predict the reach it will have). Even a viral marketing company by your side can not predict what will happen. There’s a bit of luck, but it is fair to say, to paraphrase Ernest Hemingway, “you make your own luck”. If you understand your audience, you can increase your chances of success with a few tried and tested ‘knowns’.  Factors for success have been identified from viewing dozens of viral videos which could and should increase your chances of being the next Fenton or Orang-utan, by considering the following:

Whether it’s clicks and shares or “slacktivism”, there’s no doubting that in their moment, good virals are great fun and news worthy in themselves. Capturing that moment is as tricky as finding the end of that rainbow. But if you know your audience and do what seems authentic and true…the possibilities are limitless.  And the ugly nature of ALS or Motor Neurone Disease, will according to reports, have the money raised spent on helping identify a new gene associated with the ALS disease.

You can find Giles on Twitter and Linkedin or email Giles@greenbananamarketing.com